In a Milan increasingly cont el coeur in man, fortunately there is still someone who builds motorcycles with the heart and hands.
Singly, with great care and passion. The momentum stories and so many men they have been told, but this is the story of an idea.
A simple story, but special in its small.
If two wheels move the soul, the courage of a few friends managed to bring a motorcycle brand in Milan. A long shadow of the Madonna were operating brands such as Bianchi, Miller-Balsamo, Iso Moto, Parilla, Guazzoni, Innocenti. And Paton Peppino Pattoni, the last GP in private constructor to fight against the Japanese giants, with the four green cylinders.

Today, the city of fashion, to cut motorcycle on the extent there is CR&S. View from outside, its headquarters is a small shed like so many others in the industrial area of ​​Settimo Milanese. Except for one thing, motorcycles lined up outside: look alike, but they are not identical. They are a little single-cylinder’ cafè racer, a bit’ naked pocket size. They are called Vun. They Idea. The people who have carried out work under the same roof, as parts of the same motorcycle. The shop is on the ground floor, the walls are plastered by posters of the Bol d'Or, Tourist Trophy and Assen. The design and paperwork department is on the open plan mezzanine (rather, spasi avÈrt), dominated by the sinuous fairing superbike Britten V 1000. Roberto Crepaldi sits right in front. It was he who founded the Cafe Racers & Superbikes in 1992, after leaving the Number One opened with Carlo Talamo and Max Brun. The following year, he met John Britten, the brilliant engineer Zealander famous for its V 1000. He too fast in pursuit of an idea. let Britten, supported in Europe by CR&S, it showcases in competitions around the world, until the disappearance of the same Britten. Using the experience of entrepreneur in motor insurance (It had been dealer of Ferrari, Jaguar e Aston Martin), Crepaldi takes its cue from the last John's project of a single-cylinder racing, single-seater, with the weight and power ratio equal to one. One. of, in Milanese dialect… John Cabassi and Giorgio Sarti are friends, entrepreneurs, Free bikes thinkers in 2002 They have flanked Crepaldi in CR&S. Two years after Roberto Pattoni, son Peppino and owner of Paton, become partners of the CR&S as a technician responsible for the development. The engine choice is the Rotax Bombardier 650, appreciated on the BMW F thanks to its street-oriented and reliability . Conceived as a racing mono, The Vun proves an animal to mixed close, also excellent for use in citY . The design combines the classic lines of the frame tubes to modern aluminum body, sleek lines and technological solutions. Each item is customizable, perchéil driver can experience the pleasure of choosing Vun build their own components and painting. At the end of 2006 begins the production of series, in a few dozen units a year, flanked by racing prototypes. Recently, the two versions are added EvoluziÀ²n of mono 652 cc. The prunta for fast development 68 cv, while Nurma the content to 54 cv a 7.000 rounds. However bad, taking into account that the dry weight is only 135 chili… The Vun speaks even meneghino in the data sheet, in which the floating disc brake disc becomes balerÀ¬n and chain with o-ring Cadena believe the Anei de goma…
The great challenge of the CR&S seems to win, distribution widens in Europe and the US, but the ideas do not stop spinning. That give the inevitable result of the Vun, with two cylinders outside the box and from the logic of large numbers, It was already the head of the Milanese builders in 2008. as long ©, He tells Crepaldi, the Motor Bike Expo comes the revelation of that year: Â "We stand WMO, Meccanotecnica the Milanese workshop that imports the Wakan, together with that of Confederate, just opposite the Zodiac stand with the new twin-cylinder S X-Wedge&S. Then Wakan, X-Wedge, Confederate, of… leads!Â».
The story contains a conceptual figure for Sela, stylistic and aesthetic of the new twin-cylinder CR&S. Basically: a maxi unprecedented streetfighter, less elitist Confederate, radical such as Wakan and constructed
building on experience Vun. The heart of the project is the engine X-Wedge, that the fundamental requirement that they be an imitation of the Twin Cam Harley-Davidson. The V2 to 56A ° S&S is equally massive, but more
modern and powerful, with its 2.000 cc, the three camshafts, the electronic injection. À able to 160
Nm of torque just over 3.000 rounds. Stuff to rollover, though approved Euro 3. And considering that the DUU should weigh œsoloâ â € € ?? 250 chili, like a Harley Sportster 883…
Notice how the numbers recur: two cylinders, two liters, two seats (wanting). And the big pipe that characterizes the frame with a mixed structure steel. The first sketches are concealed by superstructures optional, but it is clear that the beauty of DUU shine in its brutal simplicity. Naked and raw, designed to be guided head and without too much effort, but it designed to strike at the mouth of the stomach. Yet
once form, function and emotion chase each other in a game of balance. La Come From, DUU is also a story of lust destined to adult motorcyclists, evolved and demanding. That maybe they want to return to fall in love with a thrilling motorcycle. He said the philosopher Gilles Deleuze, that Â "There Is no investment revolution libidinaleÂ". And without, even they build unique bikes, with the support of a level of creativity that the great houses can no longer afford, choked by caution and the marketing logic. À a fascinating bet, to be played, but within reach. Although it is still at the level
prototype, It is anticipated that the price should fluctuate between DUU 19 and 20 thousand euro.
Little more than a Ducati Streetfighter S, in line with the V-Rod Muscle, less than a V-Max
and gave a Harley-Davidson CVO.
Presentation of this year's EICMA prototype, to see the ultimate motorcycle at the Milan Fair 2010. Production from the next season: Â "We are not looking for big numbers, we are a small company with ideas
chiareÂ »concludes Crepaldi. Â "The goal of one hundred motorcycles a year would reach break-even point and allow a profit margin, to be reinvested in the development of the next motorcycle CR&HER". Translated
freely in Milan: Gh'è minga de düü without Tri. 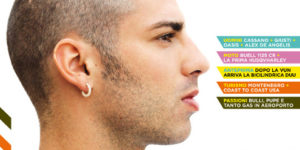 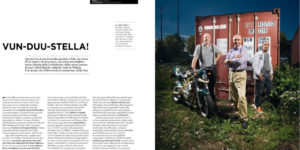 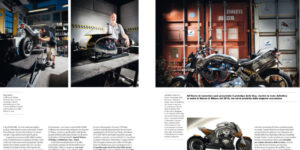 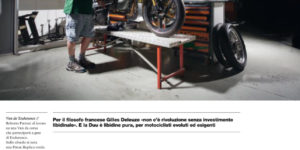