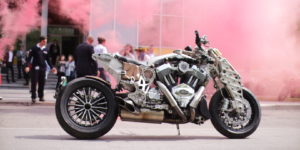 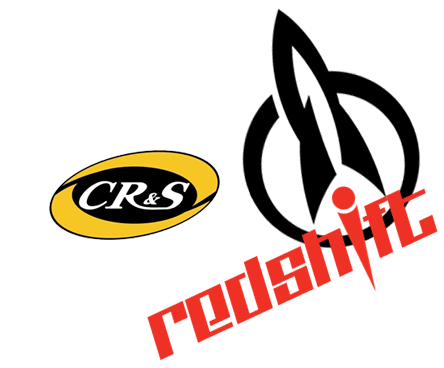 The GIVEN REDSHIFT is the natural evolution of the note CR&S DUU, motorcycle exclusively produced in small circulation by the motorcycle manufacturer meneghina with artisan mold.
When in 2013 duu the project was interrupted by ill-feeling interior to CR&S, its Lead designer Donato Cannatello, After a brief stint in Matchless, He decided to open his own design center, and to carry forward the project duu, now orphaned of its creators, however, using the cooperation and approval of the original founders of the exclusive motorcycle, as well as of the operational manpower, thanks to the unchanged esteem and friendship.

The original bike has been developed according to those who were certain stylistic standards identified at the time as a natural evolution of the model "Biotta" ("Naked" ed) on occasion presented by the company. 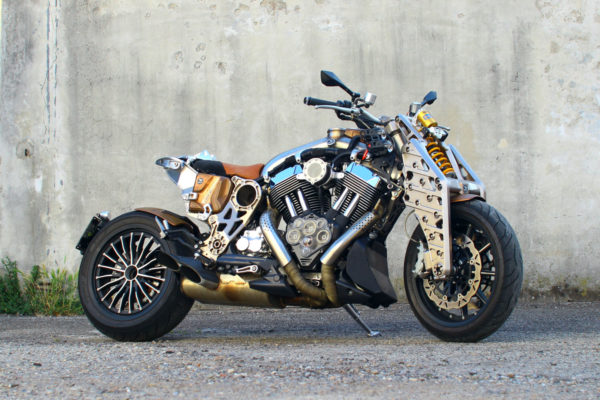 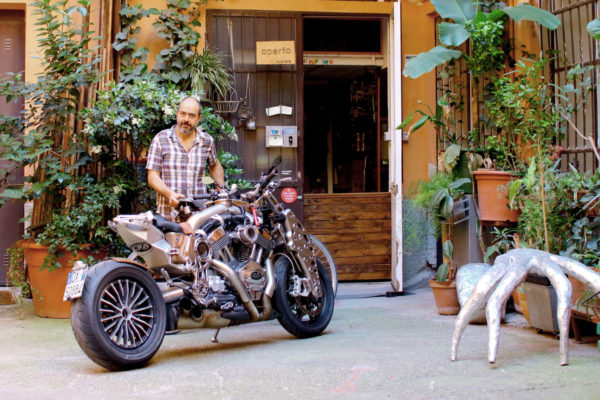 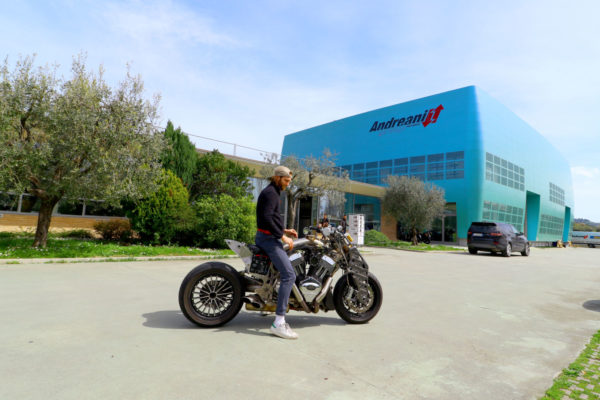 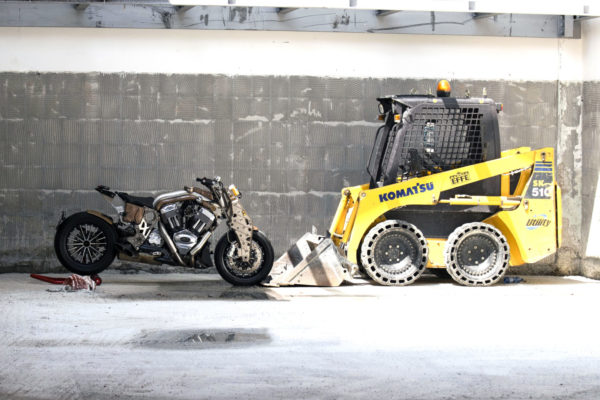 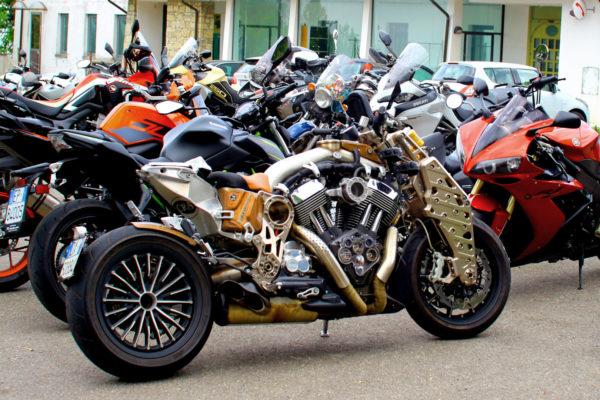 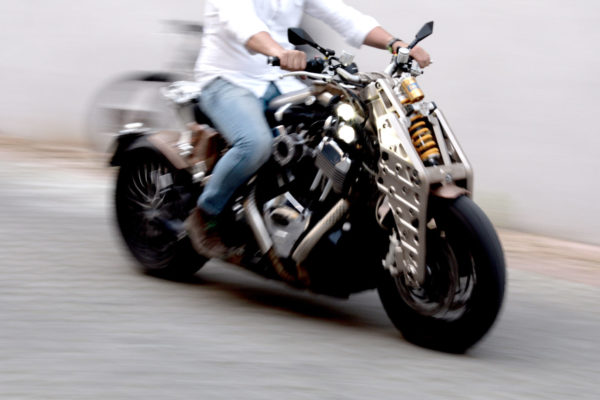 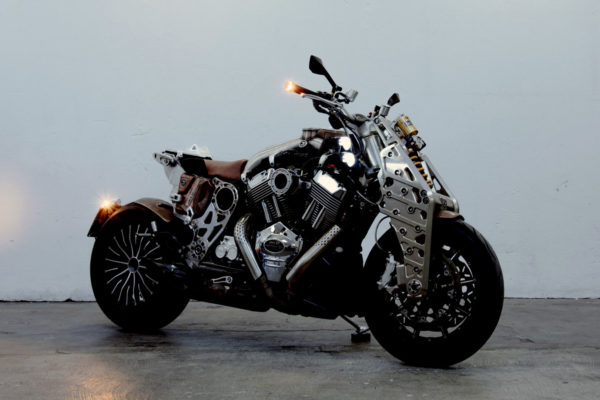 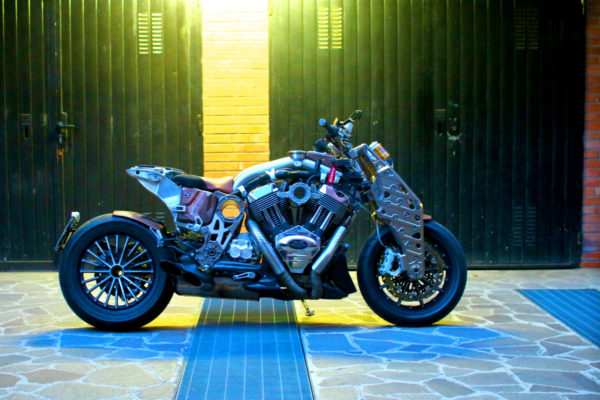 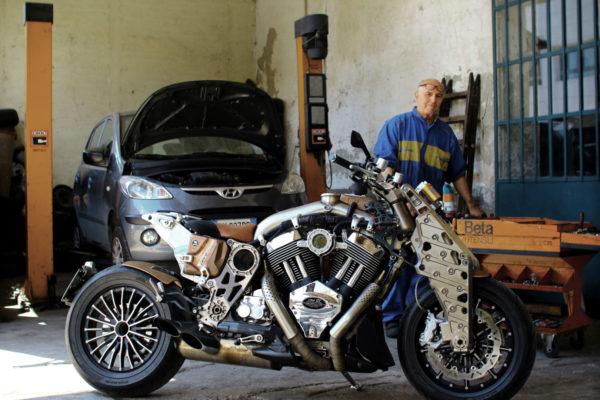 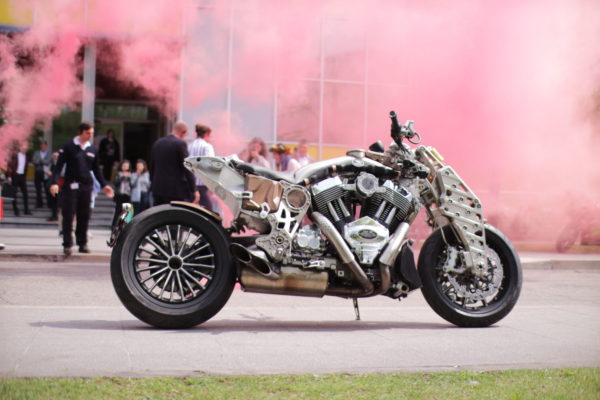 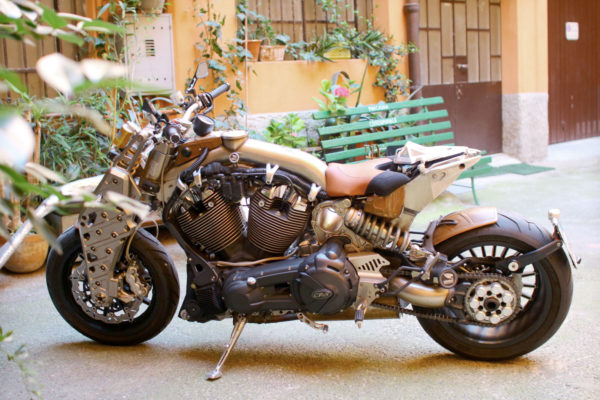 The redesign has obviously focused on new rock steady front end, replacing the original inverted fork with an innovative system to the central cushion and lateral sliding sheaths. Laprogettazione the new front end is born to the computer, creating all the components by means of three-dimensional modeling and analysis FEM , which it has also allowed us to analyze every single part through the control of the forces to which it is subjected.
The components have been realized by means of CNC removal technology (Numerical Control
computerized) with billet milling.

The design (or rather the realization) of different copper components is the quid which gave the chromatic and handicraft character to the motorcycle.
Starting from the original forms of car body parts, through traditional typing technology based on pitch, They have taken shape some elements that bring with themselves the manual work of skilled craftsmen certosini of the noble metal.

The REDSHIFT is still a motorcycle every day, not only by performance.
One of the main components that meet this idea is the new passenger seat / tail that has a double meaning, on one side, "Cover car" with a base made of aluminum billet which creates a visual continuity with the geometry of the tail / tank, while simply turning it turns out the padded saddle to accommodate the passenger if necessary.

The project name "Redshift", the phenomenon by which the light emitted by an astral object has a wavelength greater size than the one he had in emission, shiftando its color to red, It symbolizes the evolution of duu, from small motorbikes to only bike series evolved. 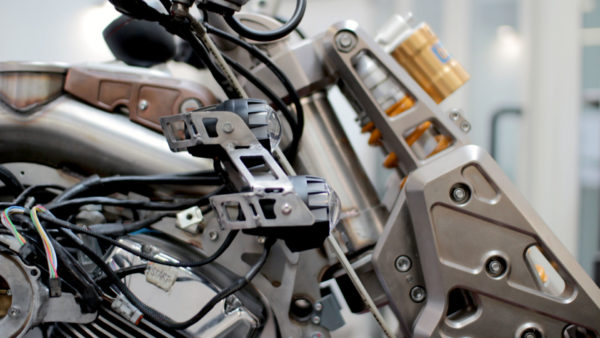 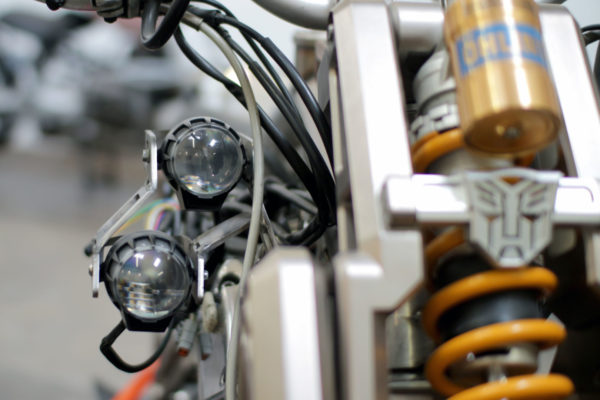 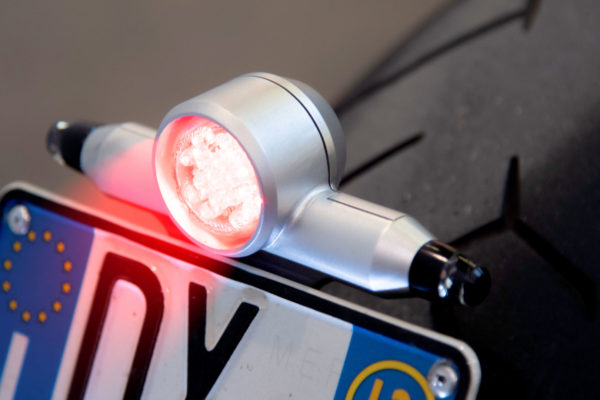 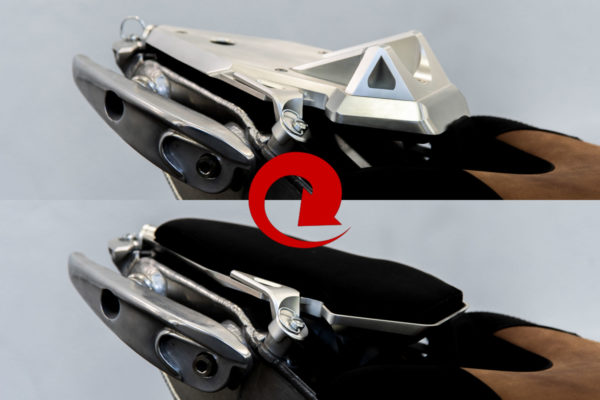 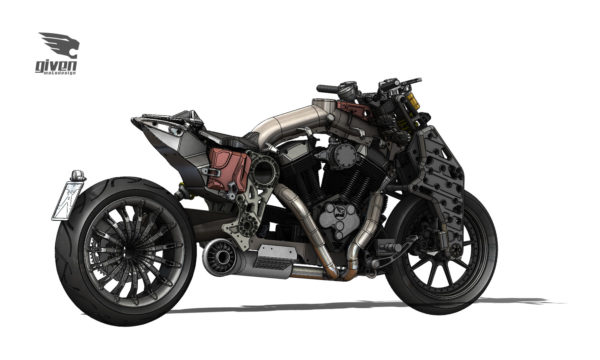 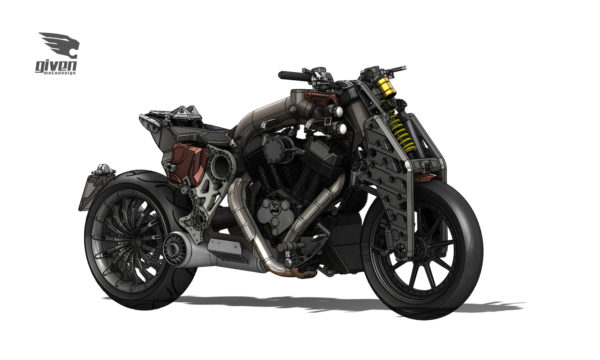 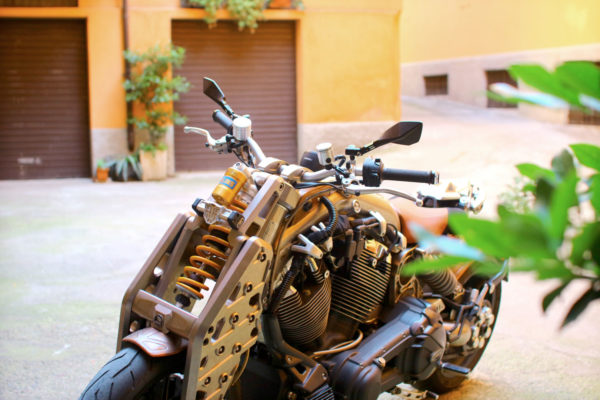 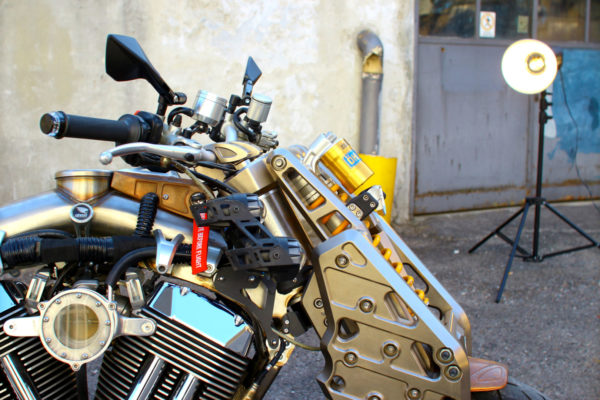 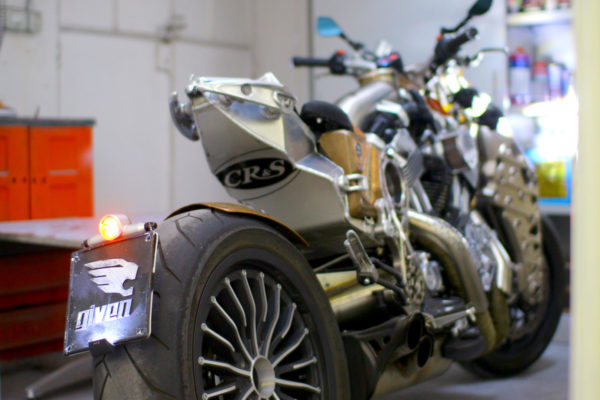 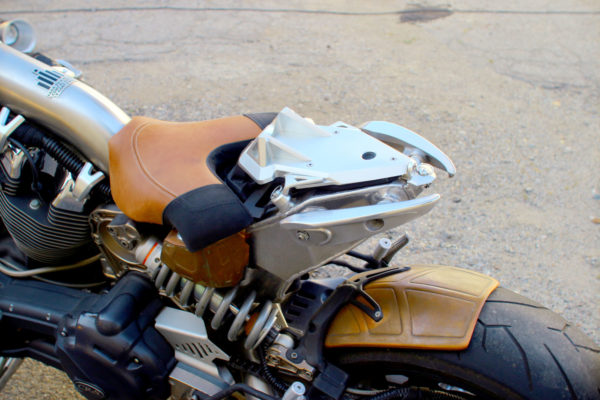 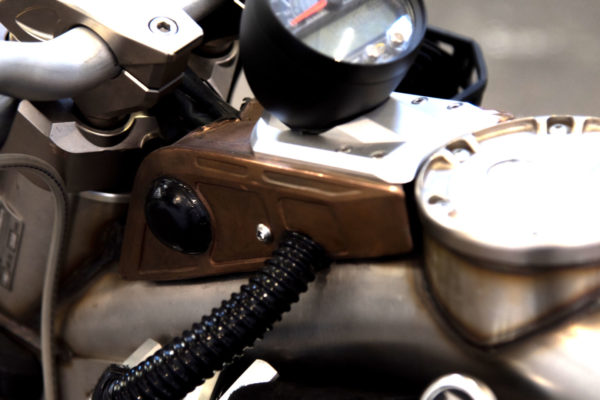 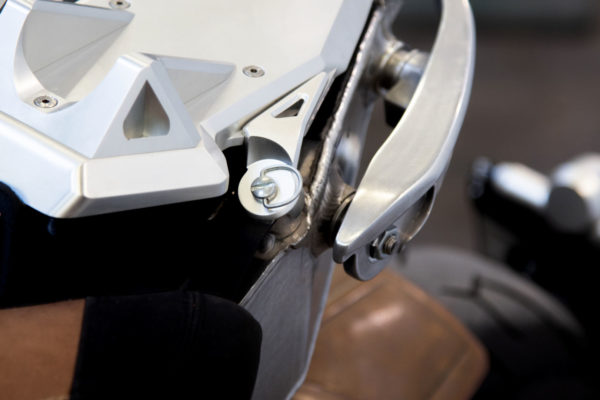 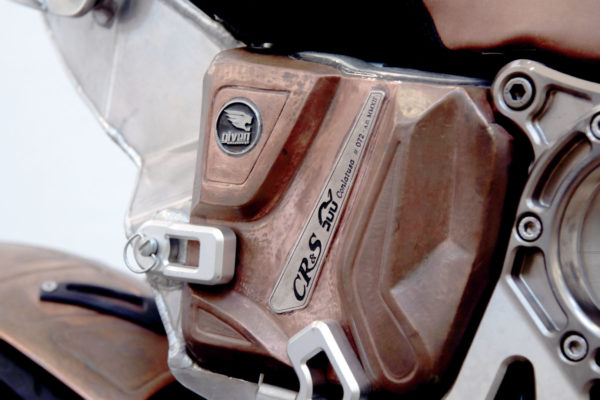 Our CARRIES "Redshift" He won the award "BEST OF SHOW" the national contest IMC , clashing with other bikes beautiful and of the highest level.

This obviously fills us with pride and motivates us to do even better.