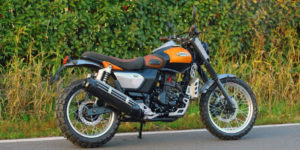 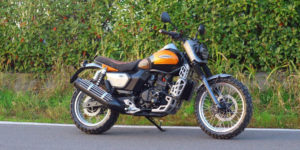 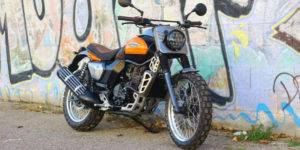 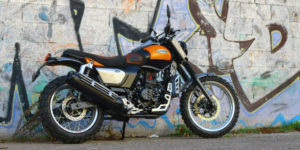 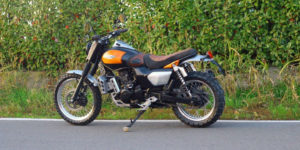 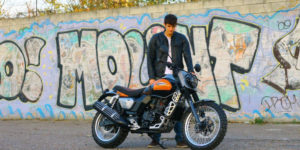 The UM RENEGADE SCRAMBLER 300W is a prototype (showbike) created for UM Global on the basis of their product currently on the market, the RENEGADE COMMANDO.

Of the original motion of course we had to keep as many parts as possible to optimize the entire engineering process and put into production, we also have reused some of actual production parts UM so consertire company an advantageous economy of scale.
The main change has obviously affected the new wheel sizes ( 120/70 R19 Ant. e 170/60 R17 Post.) we had to use to give the bike a new enduro trim, We then re-radiated existing hubs with a new set of Takasago Excel and mounted the panciutissimi and tassellatissimi Continental TKC 80.
Similarly we had to intervene to lift the bike on set, then the back we opted for a couple of shock absorbers 380mm, while the fork has remained the series to limit investment.

For superstructures we drew with pleasure by those who are the componentistic serial production UM, always at the highest level considered to be the end of the market, mixing classical elements with more modern parts, and in some cases "disruptive" as the underride protection in 4mm sheet made with our technique "Sheet-Box". We also experienced a first in the motorcycle field, namely the creation of wooden components made from 3D design through numerically controlled milling (CNC), and made of "cheeks" tank with a perfect shape bearing on the surfaces of the original tank and some details in the rear area. 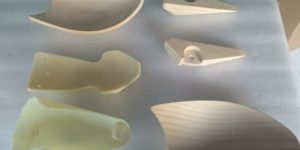 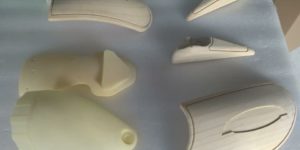 The rest of the parts are made in 3D printing but also by local artisans, the beautiful leather upholstery is an example, but also the sheet metal mudguards do not joke.
The bike was presented at EICMA motorcycle show in Milan 2018 and according to many is one of the most exciting features that are seen. 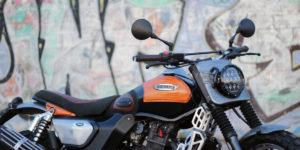 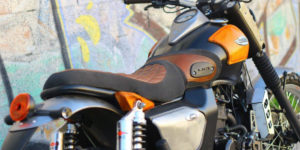 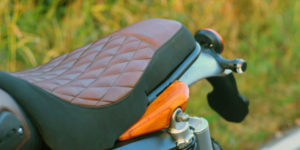 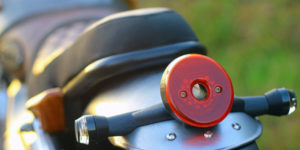 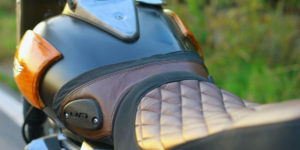 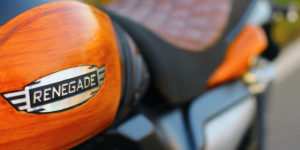 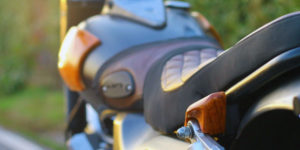 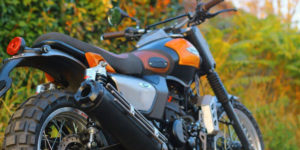 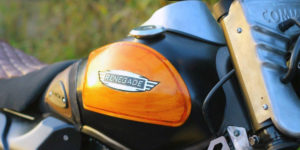 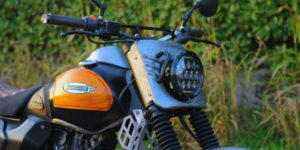 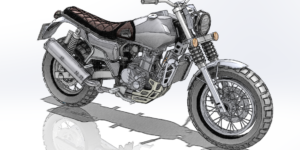 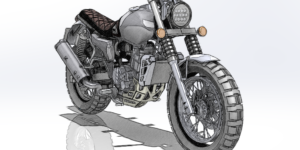 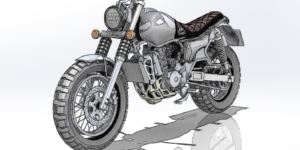 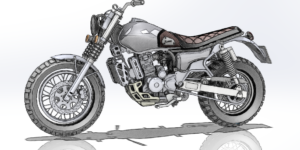 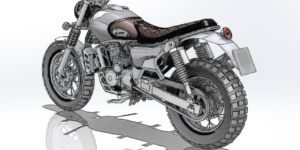 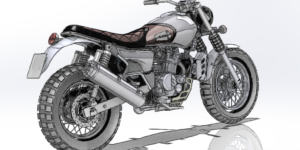 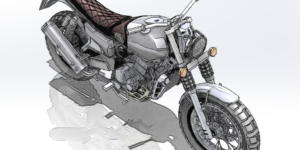