A much discussed motorcycle Harley Davidson V-Rod, in all its many variations. Even many do not consider it a real Harley Davidson because of its technological water-cooled engine, contrary to the principles of simplicity of motion of Milwaukee.
Yet we like very, We like it for its low line and muscular, for its style “uselessly ” performing.

Maybe we could even say that better than all other Harley Davidson V-Rod is the American philosophy of going on the road, big engine, big performance, from gate cycling and busted trim. Exclusively from burn-out or highway shooting (or better “Highway”!) 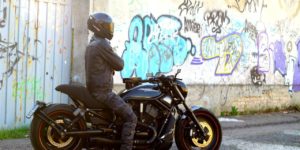 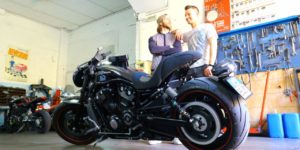 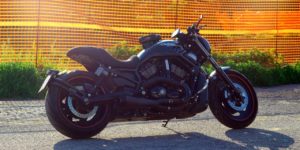 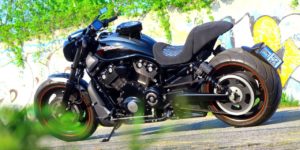 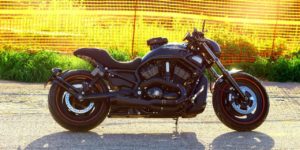 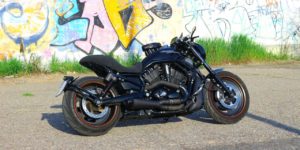 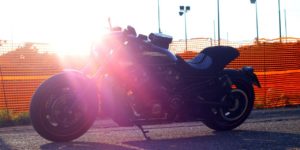 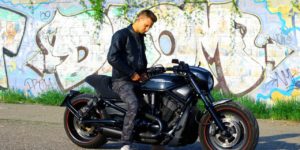 Our work on the bike focused, as is normal with regard to customization that we take into account, primarily on the overall volumes, in the second instance we have reconsidered the driveability and in general the measures is that anthropomorphic geometric means of motion, Finally, we focused on the details.

The issue volume was resolved trying to give the bike an overall look stockier and less stretched the original version of the Harley Davidson V-Rod, we then spoke on the positioning and the shape of the bodywork components as a reservoir, faro, instrumentation and tail.

As regards the structure and geometry we raised the rear in order to shorten the wheelbase, raise the center of gravity and the axis angle of steering verticalize, This has led to a better handling and drivability, more suitable for use of the motorcycle newspaper.

Finally we developed all the details, mechanical and aesthetic, drawing the parts to be realized in 3D, giving a first 3D print version, and once confirmed the goodness, we switched to the realization of aluminum components, ABS plastic and PMMA plastic transparent via CNC. 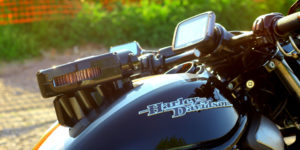 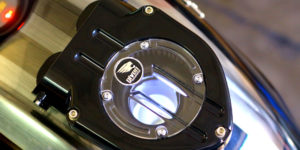 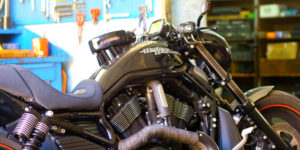 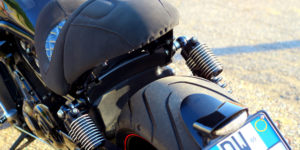 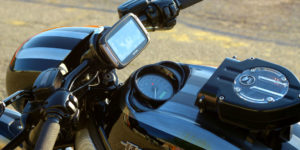 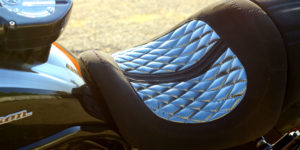 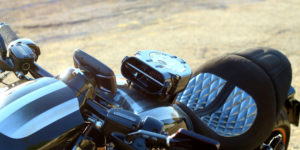 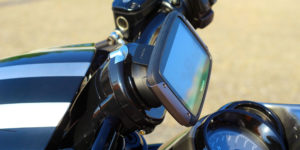 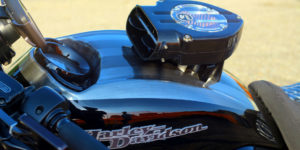 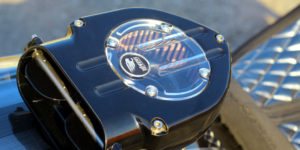 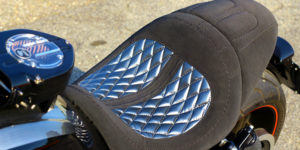 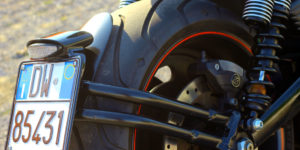 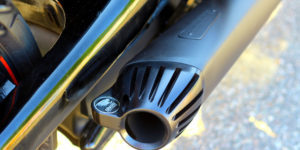 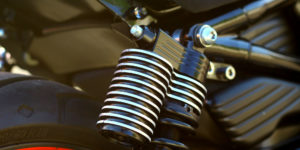 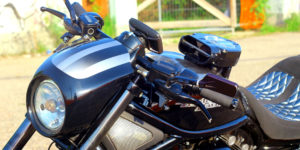 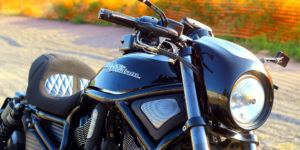 Ultimately our Harley Davidson V-Rod is perfectly our style of motorcycle customization tailor-made, tailor-made in every sense for the customer, so that it can quietly circled, with the rules and with attention to style but also usability.